TEL AVIV—Israel and Sudan agreed to normalize ties in a U.S.-brokered deal on Friday, the White House said, ending decades of hostility as one of Africa’s largest countries joined a broader diplomatic realignment in the Middle East.

The deal helps Sudan emerge from international isolation after the U.S. sanctioned it in the 1990s for harboring al Qaeda’s then-leader, Osama bin Laden, and aiding terrorist groups.

The agreement was announced at the White House by President Trump, who spoke on a conference call to leaders of the two countries and called the deal “peace in the Middle East without bloodshed.”

“The State of Israel and the Republic of Sudan have agreed to make peace,” Mr. Trump said. “This is an incredible deal for Israel and Sudan.”

The development follows an agreement between Sudan and the U.S. in which Washington agreed to remove Sudan from a list of countries it considers state sponsors of terrorism. That designation has blocked the country from getting aid from international financial institutions such as the International Monetary Fund to mend its collapsing economy.

“This is a new era. An era of true peace. A peace that is expanding with other Arab countries—three of them in recent weeks,” Mr. Netanyahu said.

The Israeli prime minister said that the skies of Sudan as of today would be open to Israeli planes and that delegations from both nations would soon meet to discuss cooperation, including in the fields of agriculture and trade.

For decades, Arab states shunned formal diplomatic ties with Israel while Israel’s conflict with the Palestinians remained unresolved. But the United Arab Emirates and Bahrain upended that status quo in September, becoming the first Arab Gulf states to sign peace accords with Israel as they found common cause against Iran.

President Trump tweeted Monday that he would remove Sudan from the list as soon as its government had deposited $335 million in promised compensation for victims of the bombings of the American embassies in Kenya and Tanzania in 1998 and the USS Cole in 2000. The U.S. says Sudan assisted those attacks by harboring al Qaeda militants responsible for them, charges its government denies. Sudan’s information minister said Thursday that the money had been deposited into an escrow account. 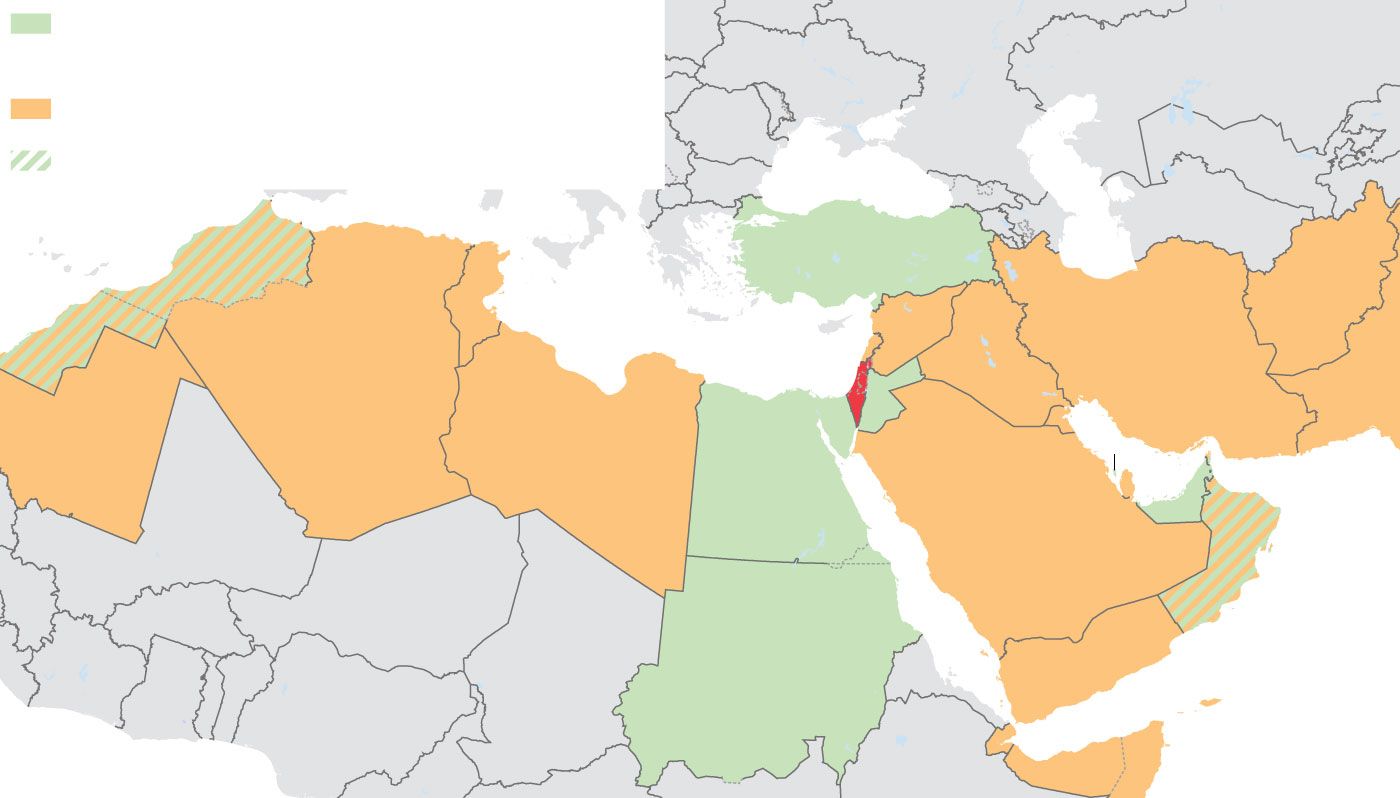 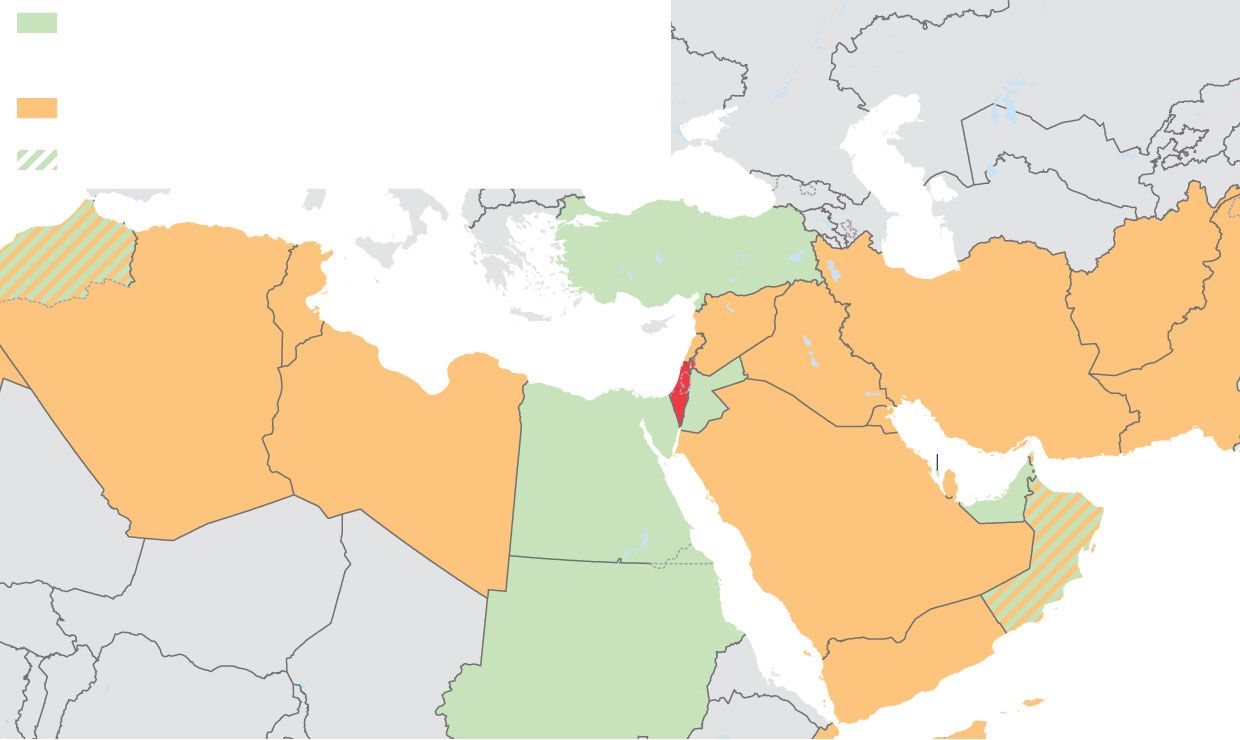 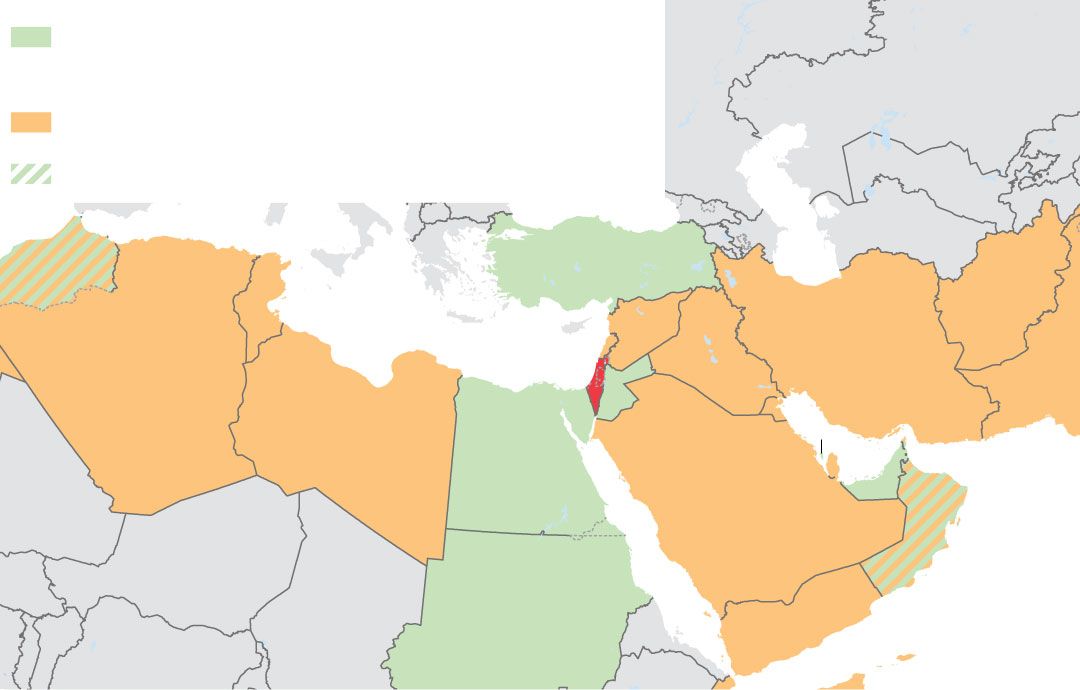 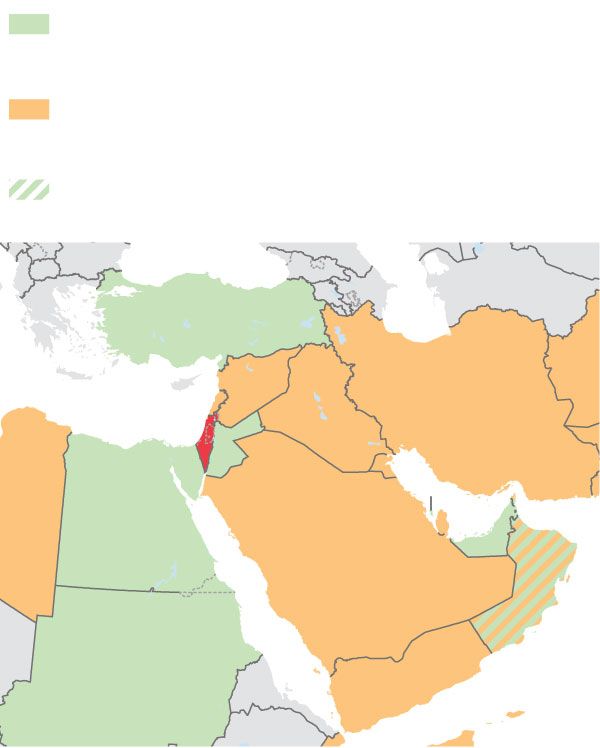 In a tweet from his official Twitter account, Sudanese Prime Minister Abdulla Hamdok thanked Mr. Trump for signing the executive order removing his country from the list of state sponsors of terrorism, without mentioning a deal with Israel. “We work towards int’l relations that best serve our people,” he said.

Since the ouster last year of its longtime dictator, Omar al-Bashir, Sudan’s transitional government has pressed to improve its standing with the West, as it seeks billions of dollars in aid and debt relief. But the government—an alliance between Sudan’s powerful military and civilian groups whose protests hastened Mr. Bashir’s ouster—also had to appease Islamists and hard-liners allied with the former president who were deeply opposed to any ties with Israel.

To help bring them on board, the government persuaded the U.S. to give Sudan millions of dollars in financial assistance.

The peace deal between Israel and Sudan highlights Israel’s changing standing in the Middle East. Sudan hosted the Arab League summit after the 1967 Arab-Israeli war in which eight Arab nations approved what became known as the “Three No’s,”—no peace with Israel, no recognition of Israel and no negotiations with Israel.

“The path to a comprehensive and just peace must be based on international law…in a way that leads to an end of the Israeli occupation of the land of the state of Palestine and achieving the independence of the Palestinian people in their state on the 1967 borders with East Jerusalem as its capital,” the statement said.

Adding another state to the growing list of countries normalizing ties with Israel is a foreign-policy victory that Mr. Trump can tout ahead of the Nov. 3 U.S. presidential elections.

U.S. and Israeli officials say they expect several other Muslim and Arab nations countries, including Morocco and Oman, to join the so-called Abraham Accords in the coming months. Besides the U.A.E. and Bahrain, Israel also has diplomatic relations with Jordan and Egypt.

The U.S. designated Sudan as a state sponsor of terrorism in 1993 for harboring Osama bin Laden and others, as well supporting Hamas, Hezbollah and Palestinian Islamic Jihad. Washington tightened the sanctions after the attacks on the U.S. embassies in Kenya and Tanzania.

Israel long considered Sudan a security threat, suspecting Iran of using the country to smuggle weapons over land to Hamas militants in Gaza. Sudan has also blamed Israel for airstrikes and explosions targeting arms sites in Sudan, which Israel has never officially confirmed.

The formalization of Sudan and Israeli relations caps months of discreet contacts between the erstwhile foes, starting with a February meeting between Mr. Netanyahu and General Abdel-Fattah al-Burhan, head of Sudan’s military council, in Uganda. Sudan opened its airspace in June for Israeli aircraft. And in August, Mike Pompeo became the first U.S. secretary of state to visit Khartoum in more than a decade. He arrived there on the first-ever direct flight between Israel and Sudan.

In September, a Sudanese team held talks with U.S. officials in the U.A.E. covering a range of issues, including a request by Khartoum for economic aid of $10 billion, according to aides to Mr. Hamdok, the country’s civilian leader. Soon after, Gen. Burhan and Mr. Hamdok agreed to normalize ties with Israel to safeguard the country’s national interests, said Sudanese officials.

In a televised speech Monday, a jovial Mr. Hamdok said the removal from the U.S. list of state-terrorism sponsors would help Khartoum get relief for some of its $60 billion external debt.

“This day opens the door for Sudan’s return to the international community” Mr. Hamdok said on state television. “Sudan is returning to the global banking and financial system.”

The developments could lift Sudan’s fortunes, analysts say. Inflation has soared past 200% this year as food and fuel shortages have continued to dog the oil-producing nation. Meanwhile, external debt has climbed to nearly $60 billion, around 200% of gross domestic product.

Sudan’s economic crisis helped fuel antigovernment protests that began in 2018 and led to the ouster of Mr. Bashir, who had led the country for 30 years.

“Khartoum has bought a lot by recognizing Israel,” said Eric Reeves, a Sudan expert at Smith College in Massachusetts. “The civilian opposition to military rule needs to coalesce rapidly if the movement toward full civilian rule is to be sustained.”

Also on Friday, Israel said it would drop its objections to the sale of F-35 stealth fighters to the U.A.E. The U.A.E. forged ties with Israel based on the understanding that it would be able to purchase the aircraft.

Defense Minister Benny Gantz met with Secretary of Defense Mark Esper in Washington this week to discuss the sale and Washington’s commitment to Israel’s military superiority in the region.

“The Prime Minister and the Defense Minister both agree that since the US is upgrading Israel’s military capability and is maintaining Israel’s qualitative military edge, Israel will not oppose the sale of these systems to the UAE,” Israel’s government said in a statement.

Mr. Netanyahu has insisted the sale isn’t part of the deal with the U.A.E. and reiterated that position on Friday. His office said Israel agreed to the sale after professionals in the Defense Ministry assessed it would be accompanied by Washington’s agreement to upgrade Israel’s military advantage.

—Stephen Kalin in Riyadh, Saudi Arabia, contributed to this article.